You are here: Home / Blog Reviews / The book is emotionally gripping right from the first chapter

Michelle Cohen Corasanti is a Human Rights lawyer, from America. She grew up in a Jewish household, and dwelt on the idea that ‘the Jews found a land without a people for a people without a land and made the desert bloom.’ It was when she went to Paris for a summer course and met some Lebanese men there, did she get to know the other side of the story, the Arab version of the Israel-Palestine conflict. Later during her years at The University of Hebrew and at Harvard, she learnt about the ignorant and even hypocritical society she was a part of. Over two decades later, she was reading ‘The Kite Runner’ while on a holiday, and it was not until the protagonist of the book said that the past can’t be buried, it finds the means to claw its way out, that her past resurfaced. She decided to write about the injustice she had witnessed, a story that needed to be told.

Ahmad, the protagonist, lives in a village in Palestine with his family, and is the eldest of seven children. In a country where discrimination, tyranny and bereavement are existent in every nook and corner, and people of different faiths look at each other as enemies and nothing else, Ahmad finds solace in science.

Even after having suffered more than what anyone deserves in one lifetime, Ahmad’s love for science and his father’s resolute faith do not let hatred take control of him. It is a story of unsounded agony and the way out of it. 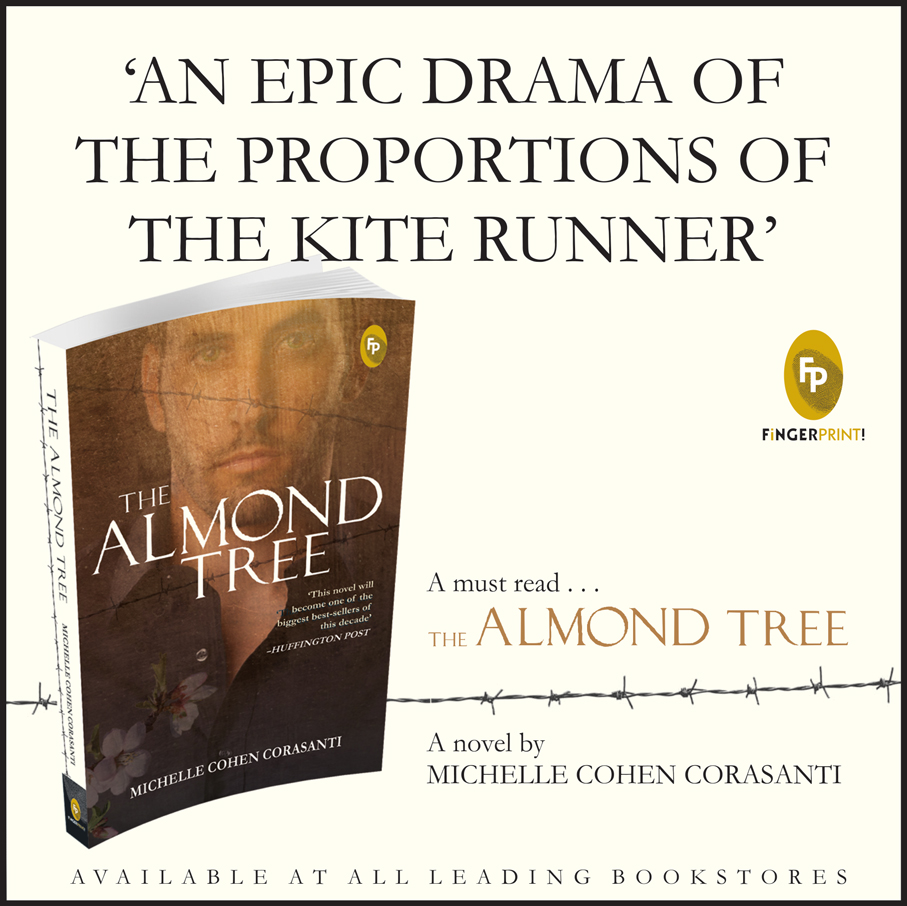 The book is emotionally gripping right from the first chapter; it starts in a way that makes the reader fully conscious of the ghastly conditions in the country. The narrative flows so marvelously that make one feel that they are perpetually present in the air between the characters.
You might find yourself curling your toes, closing your eyes to absorb the overwhelming emotions and even saying silent prayers for the characters. The kind of distress and loss described in the book can make every setback that we worry about seem naïve.
There are many noteworthy aspects of the novel for which the author deserves approbation; this book has many quotes that tell stories in themselves, their impact is powerful, the elaborate details about the setting make it very vivid, and the message of peace, which is one of the major reasons this book was written, has the capacity to alleviate the stiffest of bigotry.
The story lingers with the reader for a very long time, but what might not have the same impact are the characters. The characters in the book, though not to the extent that they seem unreal, are one dimensional. The first impression they have on the reader remains till the end, there are not too many shades to their personalities. Also, the narrative might seem one sided for a reader who has never been to or does not know much about the Israel-Palestine conflict, but then, it is a work of fiction based on experience.
Quotes from the book

“A man who needs fire will hold it in his hands.”

“Many great men can attribute their success to the fact that they did not have the advantage other men had.”

“I began to understand that there is more knowledge in the world than just science.”

Words about the book

Arguably the most important book of the year: Dream Crazy Book Review.

The Almond Tree should be required reading for all..: The Times of Israel.

As the pages are turned, Michelle’s brilliant as a writer is hard to miss.: The Asian Age

An insightful perspective on the questions of Palestinian exile and survival that haunt the Middle East…Promises a bright future for Corasanti.:World Literature Today magazine.

You can read original review on this link : http://readersclubdelhi.com/the-almond-tree-book-review/

“Spellbinding account of the dramatic life of a Palestinian prodigy.”

The narrating style reminds me of the legendary writer KHALED HOSSEINI, very simple way to narrate a story which will definitely force the readers to complete the book in one go.

“This is an important book.”

…a book to be read, understood and to be shared with everyone who believes in the power of education and peace…I wish I could meet and congratulate the author, Michelle Cohen Corasanti on writing a book like this. May you write more books. May your pen keep flowing. May your computer never hang up!

“, a Kite-Runner-like epic of Palestinian life by Michelle Cohen Corasanti, makes you aware of what it’s like to exist under Israeli rule… told in a manner that strongly resembles the voice and narrative used by Khaled Hosseini in his popular novel, The Kite Runner.” “A Palestinian Tale Told by a Jewish American.” “Although possibly difficult for Israelis and Jews everywhere to read, The Almond Tree should be required reading for all as when there is understanding of the… END_OF_DOCUMENT_TOKEN_TO_BE_REPLACED

This stunning debut conveys a universal story of human courage and resolution. Comparable to Khaled Hosseini’s The Kite Runner, this novel delivers an inspirational story of unfathomable pain and incredible perseverance.

“..The book will be a best seller of the decade…’ Huffington Post was right! This would be a best seller for sure. An awesome debut by any standards, this is a story that would resonate with the reader no matter where he is from. The purpose of literature would be to the serve in a way that it transports him to the realm of the story telling and makes him an inclusive witness. If you wanted this experience then give it to the author Michelle Cohen Corasanti for she makes you live the expe… END_OF_DOCUMENT_TOKEN_TO_BE_REPLACED