You are here: Home / Interviews / Interview with Michelle Cohen Corasanti by the Millenium Post

Through your novel you have turned into Palestine activist, have you seen youth associating with your cause and with your writing? 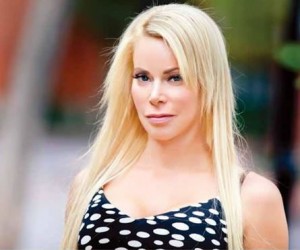 The experience of reading The Almond Tree changes people of all ages’ perception of Palestinians. Let’s face it, most people only care about what happens to them in their daily life, in their small world. They don’t care about another people in a distant land. Neither did I until I became a witness to what I didn’t want to see. Through the characters in The Almond Tree, the reader steps into the shoes of a Palestinian and sees what it’s like to be him. Throughout the novel, I tried to keep my writing as cold as possible because if I don’t tell the reader how my characters feel, I force the reader to project his feelings onto the characters. That creates empathy. That is why so many people feel as though the story is happening to them.

Do tell our readers something about your novel? Are you happy with the response to your debut novel?

I’m thrilled with the response. Ever since I lived in Israel, I wanted to try and find a way to shine a light and show a better way. I’ve been able to do that through The Almond Tree. People who could care less about the conflict are reading it. A writer can reach into readers’ hearts and change them. I’m not advocating hate, I’m trying to show how strong we could be if we worked together to advance humanity instead of dividing and destroying each other. The vast majority of readers are responding to my book extremely positively. Of course you will always have a few extremists on both sides. On the Jewish side a few people have said it’s biased.

There are many issues like Kashmir issue, Afghanistan conflict, in your opinion do you think that literature can bring a change in outlook?

Till now we used to hear biased information and views, on these issues.

A powerful story can change the world. Look at how the Kite Runner changed the way millions of people thought about Afghanistan, for example. I have been thrilled to have others see this possibility for The Almond Tree.

What are your future projects? Will you again raise awareness through your writing, on certain unresolved international issue?

I am trying to finish my next novel. This one is from the POV of a Jewish American woman and her relationship with a Palestinian man. I write about what I know, saw, lived, witnessed, learned and heard and this novel is based on many of the experiences I had while living in Israel for seven years, studying Middle Eastern studies for a decade, and the countless stories told to me by Palestinian and Israeli friends over the years. I wish I could shine a light on all injustices, but I can’t.

Do give some message to our readers.

May the battles that we fight be for the advancement of humanity.

“This book had me gripped from the first word to the last… This book was by far, one of the best books I have come across… If you like books, read it… Heck, if you do not like books, give this one a try, maybe you will start loving reading! I give this one a 10 out of 5.”

The Almond Tree is instead the literary equivalent of Guernica, exposing the real costs of violent conflict, extinguished human dreams, families torn asunder, opportunities lost, and the tragic waste of brilliant and creative human minds.

“I predict (The Almond Tree) will become one of the biggest bestsellers of the decade…” “ …an epic drama of the proportions of The Kite Runner, but set in Palestine. A story that grabs you from the first page and makes your heart go out to the Palestinians without pointing fingers at anyone. This novel is not a political lecture, but a gripping and compassionate work of fiction” “Peace will not result from any political negotiation table, neither in Madrid, nor Oslo. The miracle is… END_OF_DOCUMENT_TOKEN_TO_BE_REPLACED

“As a book, The Almond Tree has been praised enough. All over the web and the literary circles, it has been hailed as the most engrossing book of the year. My review is on the same lines, not because I have to go with the flow, but because I genuinely like it. This is one book that deserves praise it gets. A woman writing via the eyes of a native man in a country she did not originally belong to is no easy feat. But Michelle writes a first person narrative via Ahmed Hamid so easily that some… END_OF_DOCUMENT_TOKEN_TO_BE_REPLACED

“The Almond Tree, intelligent, never over stated and written with love, informs and educates” “The details are so personal, so harrowing, yet so full of hope and triumph over evil, you desperately want it to be real.”

The Almond Tree was an amazing read. It’s moving. It’s interesting. And it’s engrossing. I totally agree with The Huffington Post that “This novel will become one of the biggest bestsellers of the decade.” And it should be. I’m eagerly waiting for the author’s next book.

“This powerful debut novel by Michelle Cohen is a compelling narrative of how the human spirit can overcome overwhelming odds by transforming what seems to be a hopeless situation into a life that is full of opportunities… Cohen, who grew up in the United States and lived and studied in Israel, weaves a complex narrative with a delicate balance of sensitivity and candor. Her description of everyday life as it interacts with family traditions, cultural norms, and political realities, is rich … END_OF_DOCUMENT_TOKEN_TO_BE_REPLACED