You are here: Home / News / Interview with Michelle Cohen Corasanti by The Hindu 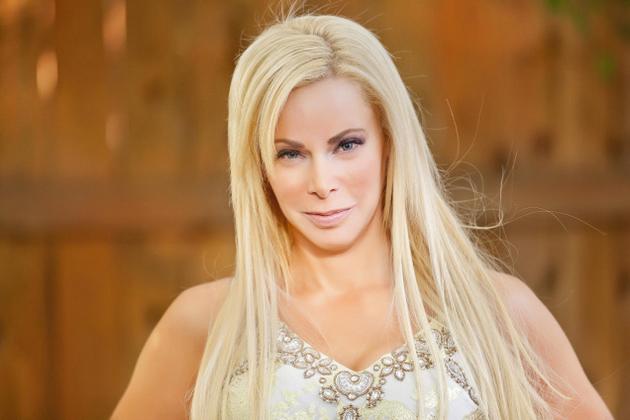 Jewish-American author Michelle Cohen Corasanti tells Abdullah Khan why she chose to tell the Palestinian side of the story in her novel The Almond Tree.

Michelle Cohen Corasanti, a Jewish-American writer, uses the Israel-Palestine conflict as the backdrop of her debut novel, The Almond Tree, which tells the inspiring story of a poor Palestinian boy called Ichmad, who despite living under the ruthless Israeli military rule, achieves great success in his life. In this interview, the author talks about herself, her book and the Israel-Palestine conflict. Excerpts:

What made you write The Almond Tree?

As a Jewish American, I was taught that after the Holocaust the Jews found ‘a land without a people for a people without a land’ and that Jews went to ‘the land of Israel’ (i.e., Palestine) and made the desert bloom. In high school, I went to Israel to study Hebrew and Judaism. I soon learned that Palestine had neither been a land without a people nor all desert. Palestine had been the home of a multi-religious society that had a high standard of living and a rich culture and heritage. I lived in Israel for seven years and witnessed the miserable life the Palestinians led there. Through my novel, I wanted to shine a light on the Israeli-Palestinian conflict and show that there was a better way.

As a Jewish-American, wasn’t it difficult to write in the voice of a Palestinian?

I got the idea from a Palestinian man I met at Harvard. I met his family, saw where he came from and felt I knew who he was at the core. So, the voice of a Palestinian boy was a natural choice. I had many Palestinian friends in Jerusalem. I heard their stories. I bore witness to their lives — where they came from, how they were treated, what their dreams were.

Novelist Robin Yassin-Kassab once said, “Palestinians, in the West at least, lack a popular counter narrative. Palestinians are reported on, met only in the news.” Do you agree?

I definitely agree. After the Holocaust, the West was quite happy to give Palestine to the Jews and to buy into the fallacy that Palestine was a land waiting for a people.

The first Zionists were from the West and they spoke western languages, were well organised, had money and made the story they wished to tell the world whereas the Palestinians mostly spoke Arabic and didn’t have anyone to tell their story to the western audience. As time went on, the Zionist narrative was the only one heard.

How well has The Almond Tree been received in the U.S. and elsewhere?

I’ve been shocked to see that the book is being embraced by people on all sides of the conflict as well as those with no involvement whatsoever. I was expecting a backlash from Jewish readers, but I have found the opposite.

What do you wish to achieve through your writings?

I hope my writings can shine a light on the Israeli-Palestinian situation. I would like to debunk fallacies. I want to help the Palestinian narrative to be heard because I don’t believe one can solve a conflict if they only hear one side.

You have said that Zionism is actually harming Judaism. What is the difference?

Judaism is a monotheist religion. We follow the Ten Commandments and the Torah. Rabbi Hillel (an ancient Jewish saint) summed up the Torah thus: “That which is hateful to you, do not unto another. That is the whole Torah, the rest is just commentary.”

Zionism is a concept of nationalism that arose as a result of the rise of anti-Semitism at the time. Zionists decided that the Jewish people needed their own country and set their sights on Palestine.

What, according to you, is the solution to the Israel-Palestine conflict?

I believe there can be no peace without justice, which is based on the truth. The Palestinians need to be compensated for all that they have suffered just like the Jews were after the Holocaust. I believe in a secular democratic country where everyone lives with equality and freedom. I believe the Palestinian refugees should be allowed to return. The majority of Israelis in Israel came today from the Arab world. This way, not only will the Palestinians be free, but so will the Israelis. One can’t be free when oppressing another people.

What is your next project?

I hope to write another book that shows the benefits of peace between Palestinians and Israelis.

Read the original interview on The Hindu: http://www.thehindu.com/books/books-authors/a-voice-for-palestine/article4772133.ece

‘The Almond Tree’ has one of the most powerful opening chapters that I have ever come across in a book, and instantly draws you towards its vortex. Sentiments and emotions play their parts well, and the author does a great job in painting the images right before our eyes. The scenes seem real with the words drawing the colors in the horizon. A book that is adorned with smiles and tears, living with hope, and with failure, ‘The Almond Tree’ makes you see life in an all new perspective, and… END_OF_DOCUMENT_TOKEN_TO_BE_REPLACED

“Corasanti’s tale of resilience, hope and forgiveness is a must-read…”

…a book to be read, understood and to be shared with everyone who believes in the power of education and peace…I wish I could meet and congratulate the author, Michelle Cohen Corasanti on writing a book like this. May you write more books. May your pen keep flowing. May your computer never hang up!