Daira, literally meaning Circle is an olympiad sort of things. It has been planned by my brother, who is a professional event manager and has been expanded by me. We will be using the platform of FAST university which is amongst the leading universities of Pakistan. Initially it had only software competitions, talks by corporate gaints and enterpreuners but we have expanded it to another sort. It will now include Theatre, Debates, Film Festival and most importantly a model Legislative Assembly session, all adjudicated by leading speakers, theatre artists and intellectuals.

Winners with The Almond Tree — at FAST-NU, Chiniot-Faisalabad Campus. 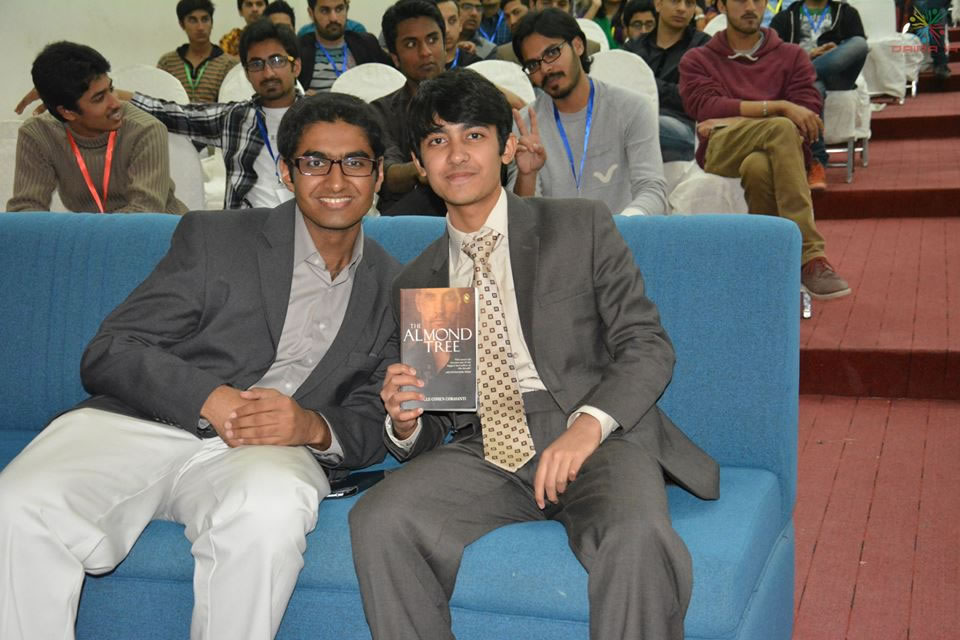 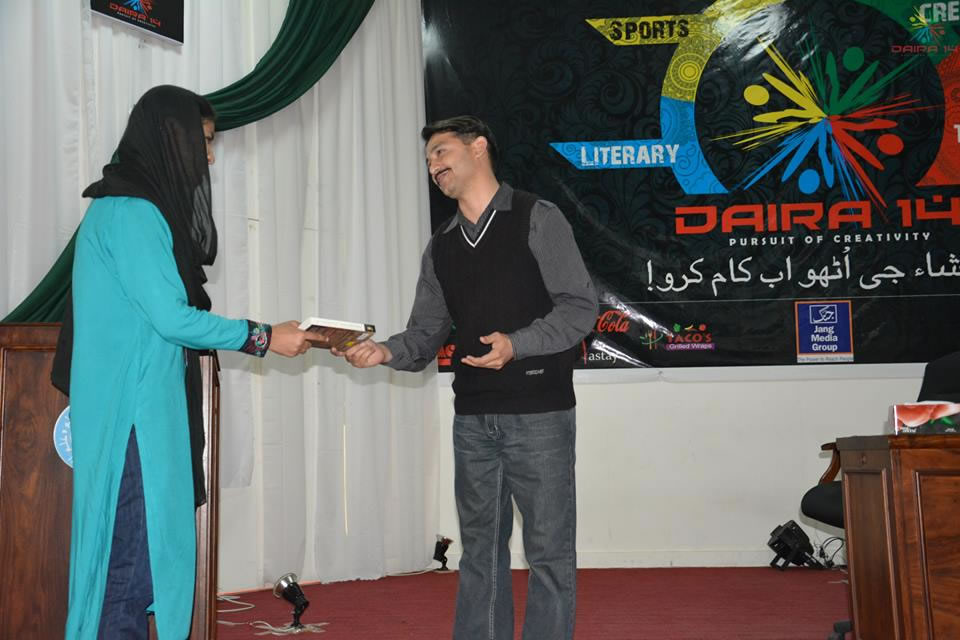 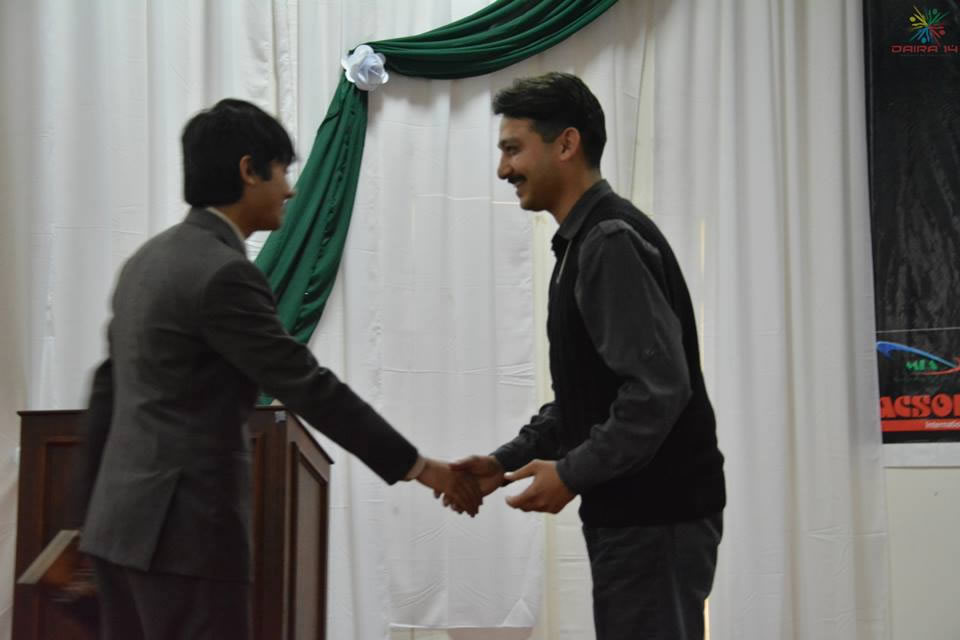 “, a Kite-Runner-like epic of Palestinian life by Michelle Cohen Corasanti, makes you aware of what it’s like to exist under Israeli rule… told in a manner that strongly resembles the voice and narrative used by Khaled Hosseini in his popular novel, The Kite Runner.” “A Palestinian Tale Told by a Jewish American.” “Although possibly difficult for Israelis and Jews everywhere to read, The Almond Tree should be required reading for all as when there is understanding of the… END_OF_DOCUMENT_TOKEN_TO_BE_REPLACED

“For a first-time author, Michelle Cohen Corasanti achieves excellence beyond the reader’s expectations, consistently and elegantly capturing the spirits of her characters and the plot, thus easily immersing the readers in the book. The book also gives the reader a deep insight into the happenings of the Israel-Palestine war through an insider’s perspective. The author’s narration style is quite evocative and gleams with knowledge and research on the Israeli occupation. .. This book is a b… END_OF_DOCUMENT_TOKEN_TO_BE_REPLACED

“This is an important book.”

“I predict (The Almond Tree) will become one of the biggest bestsellers of the decade…” “ …an epic drama of the proportions of The Kite Runner, but set in Palestine. A story that grabs you from the first page and makes your heart go out to the Palestinians without pointing fingers at anyone. This novel is not a political lecture, but a gripping and compassionate work of fiction” “Peace will not result from any political negotiation table, neither in Madrid, nor Oslo. The miracle is… END_OF_DOCUMENT_TOKEN_TO_BE_REPLACED

“Nothing short of breathtaking… I could not put the book down and I knew I had to finish it. There was something in those pages that would matter in my life. And it was true.”

“The Almond Tree should be required reading for all…”